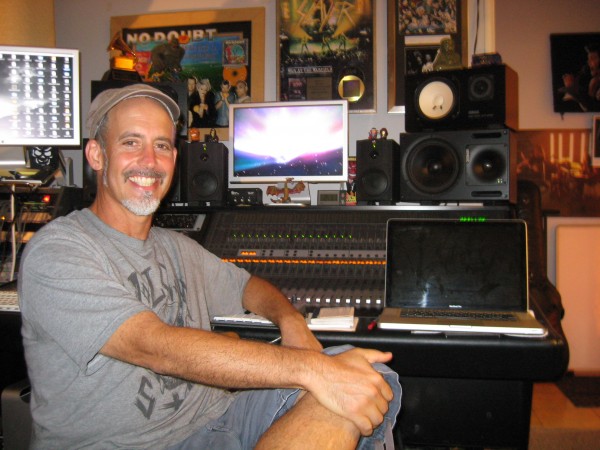 is an American producer, engineer, mixer and musician. From 1982–1985 he attended Berklee College of Music in Boston. While still at Berklee (1984) he obtained an internship at Pyramid Recording Studio in Boston. After two semesters at Berklee, Matt took a break from classes to tour for the DOD overseas entertainment program, playing guitar and keyboards in several top 40 cover bands that played shows at U.S. military bases in foreign countries throughout the Europe and the Pacific. When Hyde returned to the U.S., he began working at recording studios, first in Boston and from 1989 in Los Angeles.

While working as a staff engineer at Paramount recording in Los Angeles, Hyde worked with Cypress Hill in preparation for their debut album and produced and engineered several other notable hip hop acts including Freestyle fellowship, Boo Ya Tribe and Daddy Freddy.

In years following, Hyde has been credited as an engineer, producer, mixer and or mastering engineer on albums by several notable artists, including No Doubt, Monster Magnet, Slayer, Hatebreed, Parkway Drive, and The Deftones.

In 2006, Hyde received a Grammy Award for engineering Jonny Lang’s “Turn Around”, which won in the Best Rock or Rap Gospel category.

“We took a bit more time on the songwriting and we worked with a producer this time, which was new for us. He was a good dude, Matt Hyde; he made sure the wheels were in motion and cracking the whip, something was always happening and people were not slacking off or anything…I’m actually really proud of this one as it was pretty much recorded in three weeks and it’s better-played than anything we have done before.” roadrunnerrecords.com

“We worked super-hard on this album, at least for me it was pretty much no sleep or rest for six weeks,” stated Laiho. “But we were determined to make the best COB album ever, so we were willing to do whatever it took. Of course, having our producer Matt Hyde kicking our asses 24/7 definitely made the results even better, so obviously we’re more than anxious to get this album out there.” braingell.com sonicabuse.com

“It’s like when Rick Rubin helped The Cult discover them on ‘Electric’. We made a similar spiritual journey with Matt…Matt Hyde’s ultra-tight production has brought the danger back to The 69 Eyes’ sound.” 69eyes.com